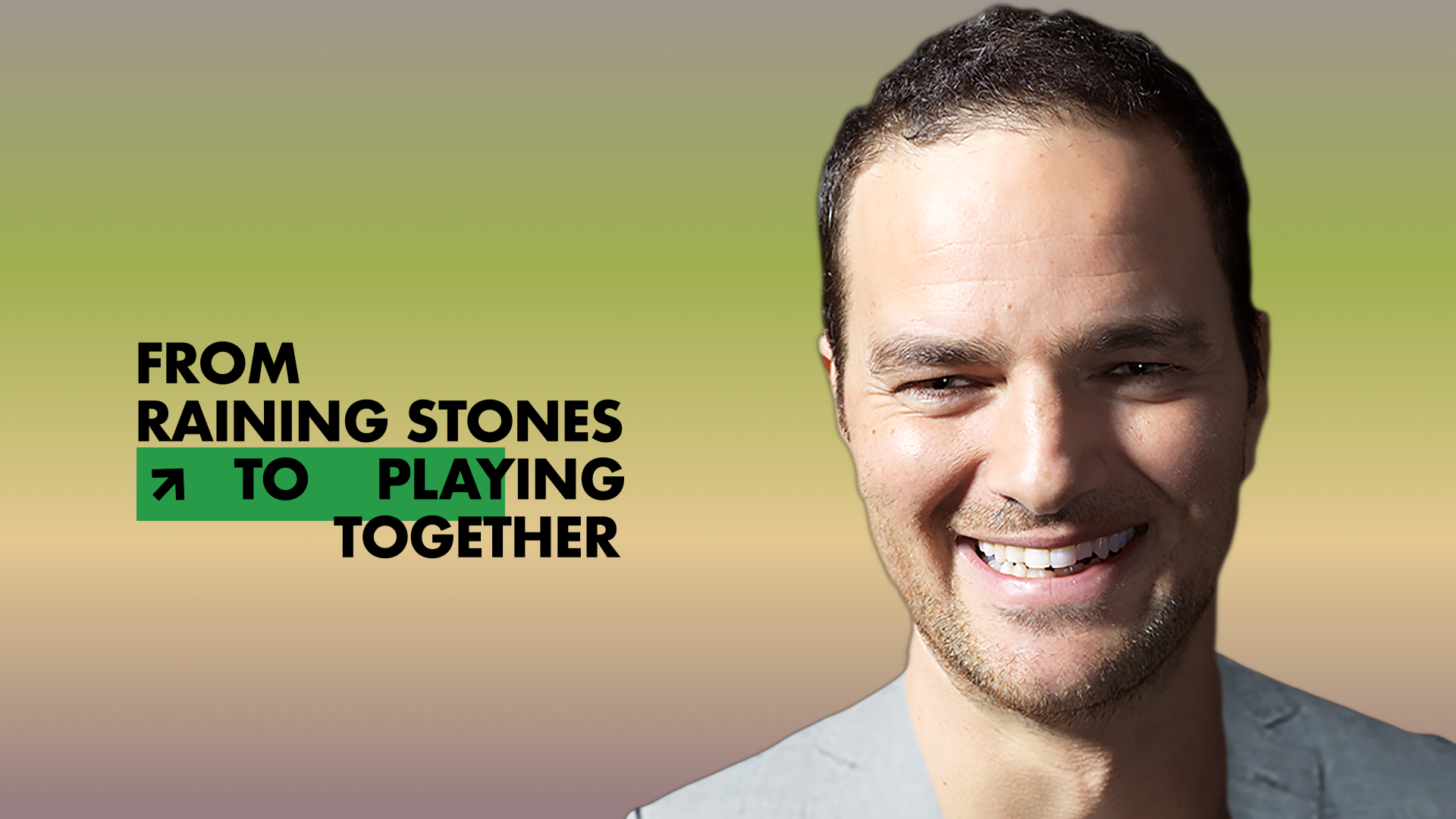 One of my first projects was teaching capoeira to Iraqi refugees at a UNHCR school in Syria. Everything was going fine until suddenly it started raining stones!

We had to run for it. One of the students told me, “It’s the Syrian kids round here – they’re stupid and dirty.”

The teachers told me the same story. I asked them if it was OK if the Syrian kids joined us. They said, “They hate each other and will never play together.”

The school was in a really poor area of the city, the Syrian kids were jealous of the new Iraqi refugees, their new school, their new activities.

The second week we managed to get three Syrian kids to join the class. This time… no stones. The following week the Syrian kids brought their friends. They still didn’t want to mix – but capoeira doesn’t work like that. In capoeira everyone has a partner, you shake hands, introduce yourself, and train the movements. You keep swapping your partner and end up practising with everyone.

By the fourth week, the Iraqi and Syrian kids were practising together even before the class started. The teachers couldn’t believe their eyes.

Tarek Alsaleh is a half Syrian, half German social entrepreneur. He has a background in sports science. In 2007 Tarek started giving capoeira classes for street kids and refugee children on the streets of Damascus. Tarek has seeded locally owned capoeira sports projects for vulnerable kids and teenagers in Syria, Palestine and Jordan. Watch Tarek tell the story of how Capoeira4Refugees brings fun, resilience and happiness to the lives of children in conflict zones.