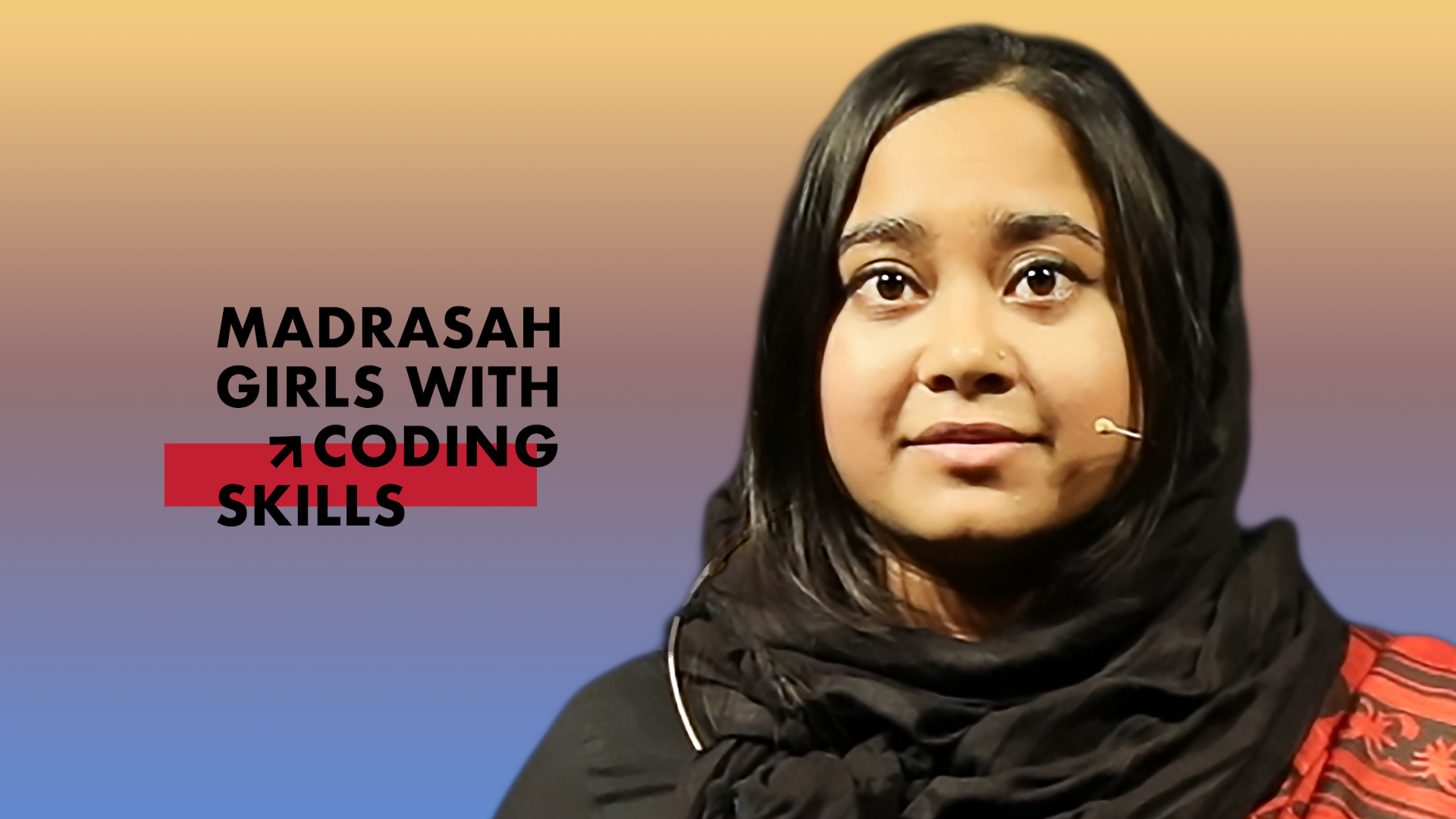 “The first time I visited an all-girls madrasah in Bangladesh was in 2014. At this Islamic school about 20 to 30 girls were scurrying around, restless, afraid, or maybe just shy of outsiders. So, we sat down and reassured them. We were just there to talk. They huddled together, clutching their knees, quite literally shrinking themselves. One or two of them were bold enough to slowly inch forward as we spoke. Over time, their postures changed, they opened up, their eyes lit up with hope instead of fear as we slowly broke the ice with them. Their voices, previously muted when we were talking about science and language, grew louder.

Sure, sometimes they feel like caged birds. But they have a vision to feel free and we’re playing a part in that vision, giving them skills for the future. Our job is to build their foundations so that they are so strong, they can run, fly and climb mountains. So that nothing shakes their confidence. To build their resilience. To create space for themselves within themselves.”