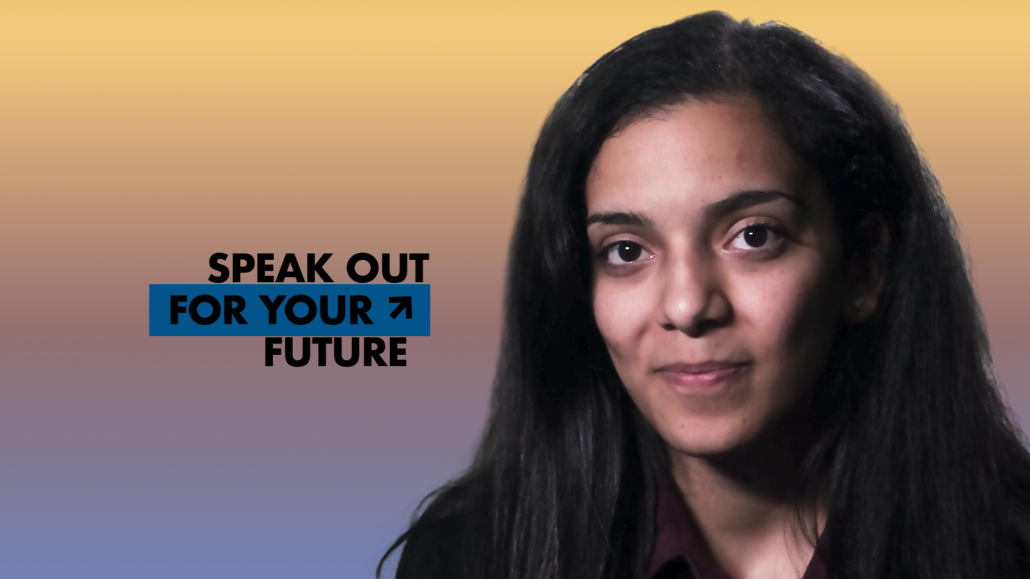 “When you live in Iraq, you have to be strong. You have to say what you want to be in the future, especially the women in Iraq because they don’t have any rights.”

Rawan, a 2019 Human Rights Tulip winner, talks about the increasing political awareness of Iraqi youth and credits her father for cultivating her political consciousness, a rarity in a deeply patriarchal society. “I get my strength from my father and from myself. I see myself as a really strong girl because I can get what I want and I can be what I want.”

16-year old Rawan Salim Al-Jiryawee, from Hilla City in Babel province, has emerged as a powerful voice speaking on behalf of a young generation of Iraqis that want a bigger say in the country’s future. She is pushing for the establishment for a children’s parliament and has led 200 of her age mates in a protest calling for authorities to grant young people their rights.

The Human Rights Tulip is an annual award for individuals or organisations that promote human rights worldwide in innovative ways.