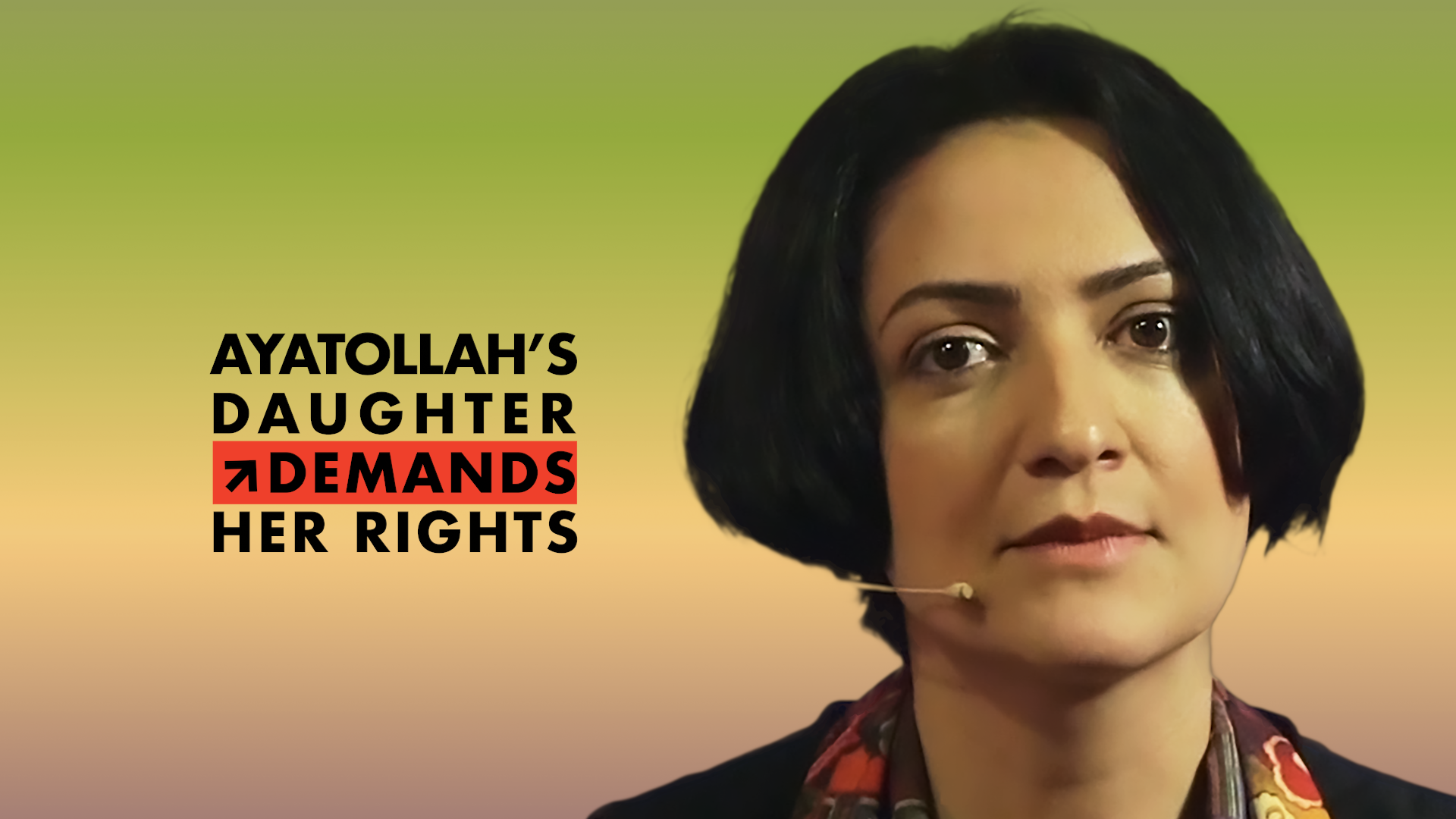 ‘I am the youngest daughter in a family the size of a football team. My dad is a close friend of the late Ayatollah Khomeini, the founder and leader of Islamic Republic of Iran. As one of the pioneers supporting the Islamic republic of Iran, my dad holds a very conservative ideology: women do not have equal rights to men, marriage is a must, and there is no tolerance towards secular liberal ideas. But none of this would change my mind about who I wanted to become. I had to hide my secular liberal thoughts. I tried to act out the role that was expected of me, to be obedient, religious and passive. I had no right to work or build a career. My interest in art and sport were not accepted. My interactions with society were restricted. My questions would remain unanswered. I would wear a black chador over my outfit yet would still get scolded for my appearance. I did not dare express my true feelings and beliefs.

I looked around and realized that I was acting like someone who was not me. It is unbearably frustrating when you have to hide who you are from even from your own family.

I finally decided on two options: I would either leave Iran in my quest to achieve my rights and freedom, or I would end my life that was being used as a container to hold an ideology that was not mine.

Fifteen years later, I am delighted that I did not give up on my hope and dreams. In the past decade, I have lived in democratic societies, obtained two master’s degrees, learned to play music, acted in theatre, travelled the world on my own, and built a career. I am no longer that girl who begged for her rights in tears, but an independent woman who demands the fulfilment of human rights.’

Maryam Faghihimani left Iran in 2003. Maryam is a researcher, fellow at the McCain institute and founder and president of the Centre for Cultural Diplomacy and Development. Maryam’s focus is on sustainable development, human rights and in particular women’s rights. Maryam’s work aims to build bridges in the Middle East and empowering youth and women in the region.