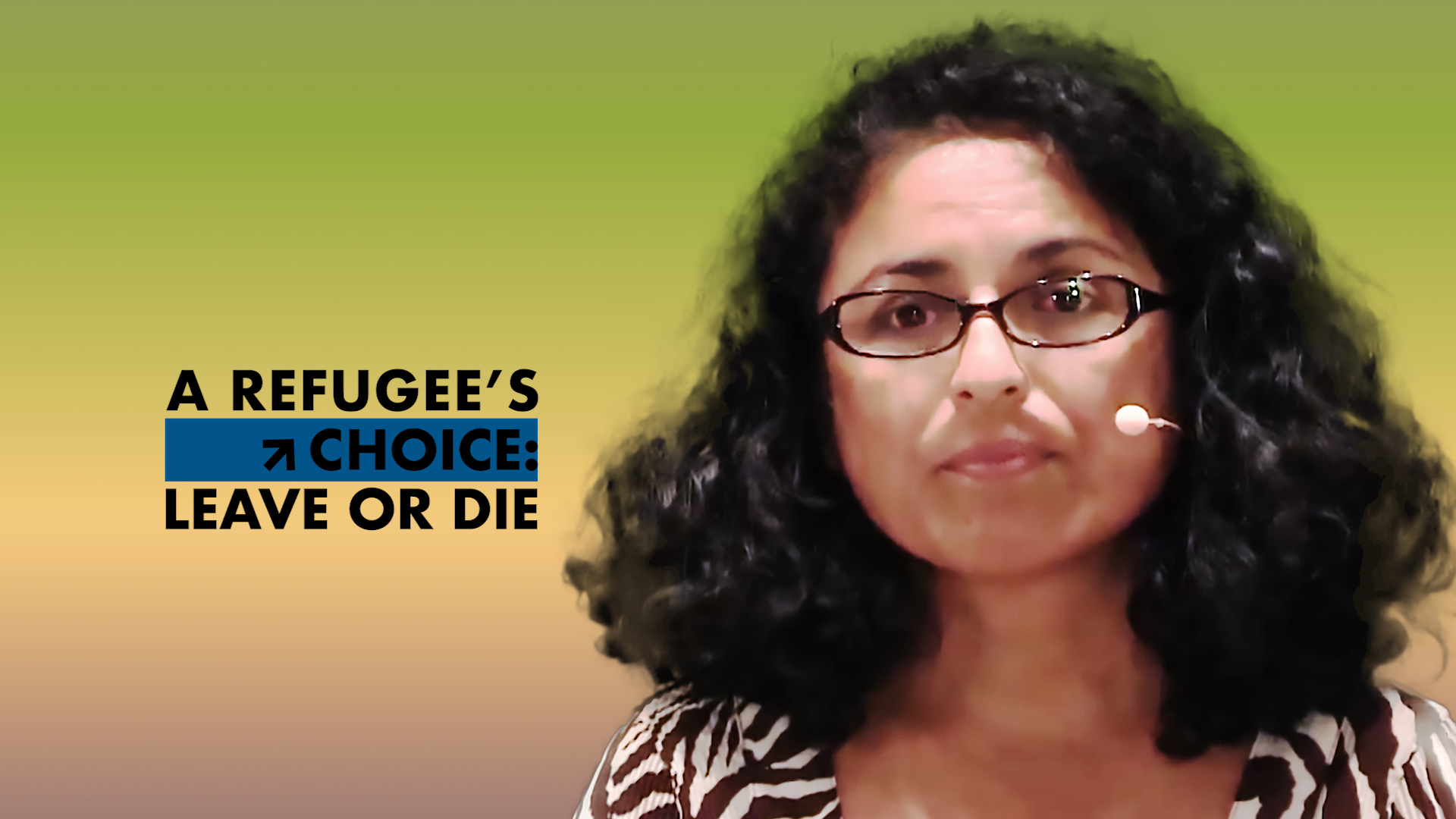 “Imagine if a bomb went off in the next room, what would you do? RUNNNN, right? That is what happened to me: I left El Salvador to save my life after a bomb went off in the building of my student association. I grew up in a country at war: I became a ‘child of war.’ “I found myself with no choice but to leave my country with my then-baby daughter. I decided to seek refuge in the US because I had family there. While on route to the US, I got separated from my baby because I had to entrust her to a female ‘coyote’ – a person who smuggles or traffics people across the border. My baby crossed the border by car with that person, and I was taken with the adults to cross the river. I couldn’t swim but managed to escape from drowning in the Rio Grande river. I was detained by the Mexico immigration. Desperate to reunite with my baby, I made another attempt and finally entered the US on the floor of a car. I was reunited with my baby three months later. I was breastfeeding when we were abruptly separated; she rejected me for weeks.”

Carmen Mónico fled conflict in El Salvador in the 80s and miraculously made it to the US. There – an undocumented citizen for several years – she became a spokesperson and leader on refugee and immigrant rights. Carmen has become a global expert on children’s rights and is Assistant Professor of Human Service Studies at Elon University.